Animals Not Secured in the Car

Problem: People driving with pets in their lap are driving distracted and it can lead to harm to both them and the pet.  Pets have been known to get caught and injured in the wheel.  A dog can jump, bark of otherwise distract the driver. In the case of air bag deployment, both the animal and driver could be severely injured.
Intended Goal:  Ban driving with your pet in your lap
http://www.ksat.com/news/crime-fighters/is-it-legal-to-drive-with-your-pet-on-your-lap​

Animals in the Back of Open Trucks

​Problem: People driving with pets in the back of open truck beds.  Dogs have been known to jump out while the vehicle is moving.  When a dog is tied up, it can choke if there is a sudden stop or accident.  The weather along with the wind while moving can be harsh on the dog.
Intended Goal:  Ban dogs riding in the back of trucks, secured or not. 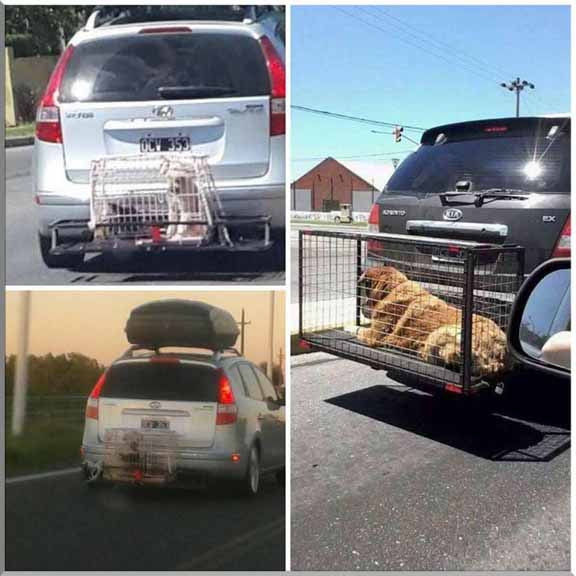 Problem: Dogs are dying when transported in plane cargo areas.
Intended Goal:  Ban this kind of transporting.
Dogs are no longer cargo in Delta due to over 74 deaths:  http://www.marketwatch.com/story/delta-will-no-longer-allow-pets-to-travel-with-checked-luggage-2015-11-17
http://3dprintinghome.net/delta-will-no-longer-make-pets-fly-as-cargo/

​Problem:  Animals are being left in hot cars and in some cases freezing cars.
Note:  A dog starts with a higher body temperature than humans to begin with.
A dog has a full fur coat, which is like use wearing a parka in a hot car.
A dog does not sweat like a human.  They pant to stay cool and the only place they sweat
is their paws. They can’t dissipate heat as quickly as humans.
Even with the window cracked, the plastic and other items rapidly heat up because the sun
magnifies the heat and there is no air circulation.
A dog can rapidly have a heat stroke and die.
Intended Goal:  Breaking in cars to save animals in extreme weather.  $500 Fines to go to animal education and to local officers writing the tickets. The high ticket cost would serve as a deterrent just has seat belt and cell phone tickets do.  By having a ticket, police would be more willing to show up and it would give funds to the police and to animal education or spay & neuter programs.
There needs to be a Good Samaritan clause for citizens breaking into a car to rescue the animal and for Shelter and Police as well.  Currently even when the police and shelter personnel show up they don’t even have the legal authority to break in the vehicle and rescue the dog. They need to be exempt from civil lawsuits for breaking a window or entering the vehicle.
Please look at existing State Laws in AZ, TN and FL.
http://www.dogingtonpost.com/nc-legislation-will-allow-breaking-into-vehicles-to-rescue-dogs-from-hot-cars/
https://www.facebook.com/AllBreedRescueInc/photos/a.561271140571199.1073741826.221626334535683/1006953999336242/?type=1
http://www.seattledogspot.com/dog-news/washington-senate-passes-bill-on-pets-in-locked-cars/
Demonstration of hot car temps by officer:     http://link.brightcove.com/services/player/bcpid836881587001?bckey=AQ~~,AAAAFIvhljk~,Nz7UFI321EYoDFWhcIAZKj2ZX6ZuGWU-&bclid=1127106110001&bctid=4303442385001
Hot Car Death Charges in Shepherdsville, Louisiana: http://www.examiner.com/article/owner-charged-after-death-of-pup-who-was-left-inside-of-car
Indianapolis Ordinance:  http://fox59.com/2016/01/12/dog-owners-must-bring-dogs-inside-when-temps-drop-to-20-degrees/ 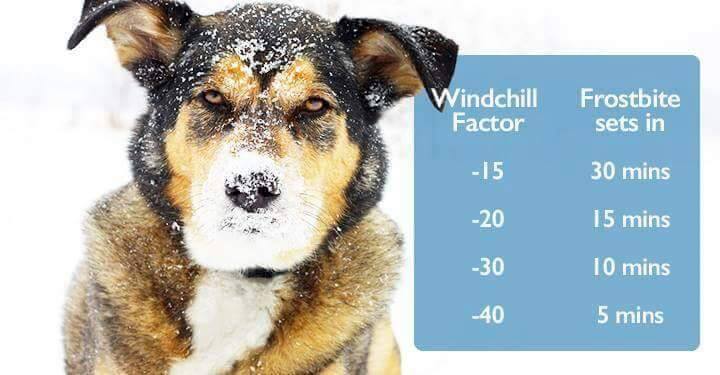 Problem:  K9 Police Dogs are dying in hot cars. There have been multiple hot car deaths. Dogs are not equipment.  There needs to be better awareness and training.  There also needs to be consequences for the officers.
Maybe the officers need to have an alarm they wear that signals the temp on the dogs collar.      There are remote alarms already for oven temps, so I think the technology could be adapted.
https://www.facebook.com/justice4boone/photos/a.957580454292133.1073741828.956813541035491/981667895216722/?type=1
http://www.thepetitionsite.com/456/854/762/georgia-prevent-police-dogs-from-dying-in-the-back-of-cop-cars/?TAP=1007&cid=causes_petition_postinfo
Intended Goal:  Stop the deaths of K9 Dog Officers and use training and new technology to save these dogs that serve all of us. 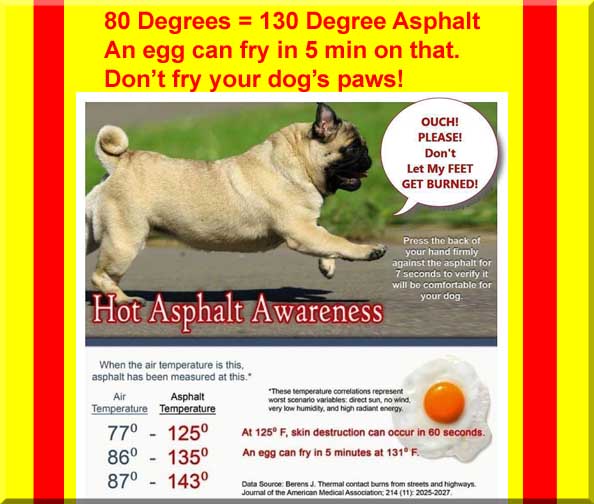 Problem:  Dogs are not the only passengers in traffic accidents.  Sometimes they are injured and other times they run off or are left there as the humans are taken to the hospital.
Intended Goal:  Institute Police procedures for animals when part of a traffic accident.  These would include not leaving the animal behind.  If it has run off, the animal will often try to return to the scene of the accident to find their humans.  Notify shelters and local rescue volunteers to mobilize finding and caring for the dog or cat.  Vets would be obliged to give care even without payment in these extreme situations, much like the court appoints an attorney if one cannot be afforded.  If the dogs are taken to a shelter, there needs to be a mandatory “no kill” put on those animals since the owner is often not able to immediate receive their animals due to injury and lack of transportation.  They may also not be in their home area. We have a lot of out-of-town travelers in our area and throughout Indiana with the Toll Road and other highways.
During the 90 car pile-up on the Toll Road February of 2015 Sandra Campbell was in one of those cars with 3 dogs.  It was whiteout blizzard conditions. She went to Memorial ICU and the Firemen took her 3 dogs to New Carlisle Animal Hospital and were kept safe and their injuries were treated for free.  This turned out well because there is a very active animal community that worked on this situation. That is not always the case. If there are designated contact procedures in place, a person’s companion animal can be safely reunited with them.

​"Problem:  Traffic cleanup crews find dead companion animals on the road.  Often the animal has gotten loose and unfortunately gets hit and killed by a car. These cleanup crews often do not have Universal Scanners to see if the dog or cat has an identifying chip.  People consider their animals family members and would like to be notified.  They may even want to give the animal a proper burial or cremation.
Intended Goal:  Scanning for chips on deceased animals found on the road and would to give families closure.  There are now low cost scanners these road crews could use on the deceased animal.  It would be good to have a procedure where a picture is taken and the chip information is uploaded to a State database.  Road crews would need to be trained on how to carefully scan an animal.  Sometimes a chip will migrate down a leg or to other parts of the body. They would need to learn proper scanning methods which are slow and thorough.  *Universal Scanner" – There are over 13 different brands of animal identification chips and some wands only scan for a couple brands.  A road crew would need to be required to have a Universal Scanner to find all the brands of chips used.

Problem:  During emergency evacuations people are not allowed to evacuate with pets.  They were expected to leave their companion animals behind to die.  During Katrina many people refused evacuation because they were not allowed on the buses with their pets and both they and their pets died as a result.  In Indiana we have floods, tornadoes, chemical spills and other disasters.
Intended Goal:  Make it mandatory for people wanting to evacuate with their companion animals able to do so.  Items can be replaced.  The love of these animals is often what helps get people through a disaster and they consider them part of their family.
http://www.newsweek.com/race-save-pets-south-carolinas-flood-waters-380516 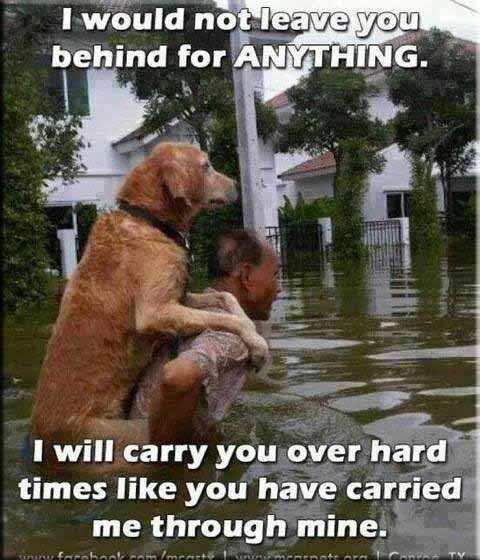