​Problem:  Dogs are being bred in inhumane conditions that result in cruelty, over population and an animal with health issues from the beginning. To keep them silent they cut vocal cords in an animal. When the dogs are no longer able to breed they are often dumped in rural areas or killed.  They are often malnourished, have bleeding paws from the wire floor cages and suffer from Parvo and other diseases which then infect the community pets.
Intended Goal:  Designate dogs and cats as “Companion Animals” so they are no longer considered “Farm Animals”.  Strengthen Puppy Mill laws and eliminate hiding behind religious rights (Amish Breeders). Breeder Pens - Soft wire floors, protection from weather, size ratio with animals, health inspections, State Registration, etc. Make it illegal to cut vocal cords in dogs. Limit Breeder output based on shelter numbers and certification of conditions. Possibly ban breeding temporarily when there is a crisis level of a certain breed. For example, there are currently more Pit Bulls being put down in shelters than can be adopted out. A temporary ban on breeding would allow adoption levels to catch up and reduce the kill rate of a particular breed.  Breeder and Pet Store animal tax on sales to fund shelters and animal education. 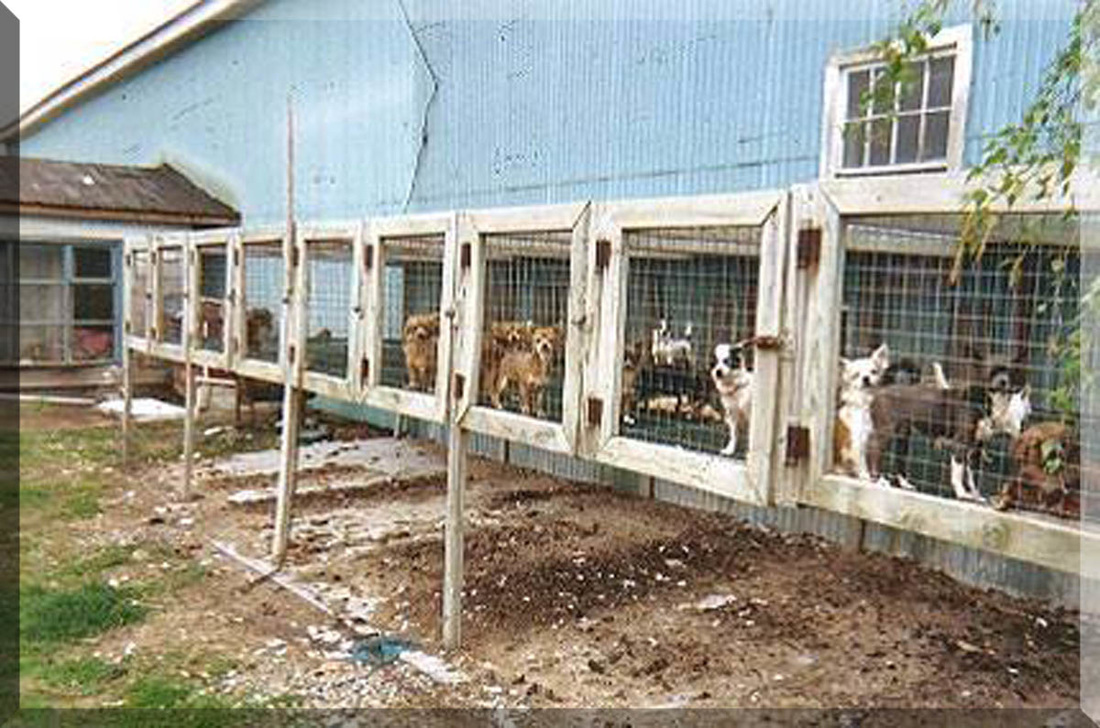 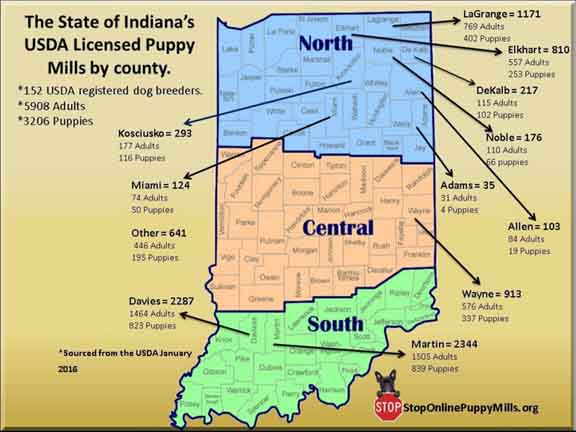 Map by www.StopOnlinePuppyMills.org with data from the USDA.
Banning Puppy Mills in Indiana Petition:  http://www.gopetition.com/petitions/banning-puppy-mills-in-the-state-of-indiana.html
More information on Puppy Mills: http://www.humanesociety.org/news/publications/whitepapers/puppy-mill-research.html
Animal Legal and Historical Center:  https://www.animallaw.info/article/something-stinks-need-environmental-regulation-puppy-mills
There are 219 USDA-licensed "puppy mill" breeders and brokers in Ohio, and more than 61% of these breeding kennels are located in Baltic, Charm, Millersburg andSugarcreek, the heart of Amish country. (In 2011, Holmes county licensed 429 kennels, a 26 percent increase from 2003, the year before the Ohio dog auctions started.)
A 2015 report issued by the USDA has confirmed Ohio ranks third among the top 10 states with the largest number of USDA-licensed "puppy mill" breeders and brokers in the country:
1. MO - 693 (ranked 1st in 2013)
2. IA - 235 (ranked 2nd in 2013)
3. OH - 219 (ranked 5th in 2013)
4. IN - 184 (ranked 7th in 2013)
5. OK - 181 (ranked 3rd in 2013)
6. KS - 176 (ranked 4th in 2013)
7. AR - 143 (ranked 5th in 2013)
8. TX - 142 (ranked 10th in 2013)
9. PA - 140 (not ranked within the top 10 in 2013!)
10. FL - 103 (not ranked within the top 10 in 2013!)
The United States Department of Agriculture Animal Plant Health Inspection Service (USDA-APHIS)'s, Animal Care (AC) unit licenses and inspects commercial breeding facilities; (those that sell wholesale) for violations of the Animal Welfare Act (AWA); likewise, a handful of states have laws that provide oversight of some breeding operations as well - Ohio is among them.
The state of Ohio has seven USDA-APHIS inspectors, which include Vet Medical Officers, Animal Care Inspectors and one Compliance Specialist. Enforcement of the Animal Welfare Act (AWA) is handled by Investigative and Enforcement Services (IES). But puppy mills can successfully navigate around these laws by simply avoiding the reach of law enforcement - with so few USDA inspectors and minor fines, it's easy to stay in business.
When a violation is identified during an inspection of a USDA licensed dealer’s facility, the AWA authorizes AC to take remedial action against the violator by assessing a fine, suspending or revoking the license, or pursuing criminal penalties. Before taking these actions, AC also considers other enforcement options: no action, a letter of information (an informal warning letter), an official warning letter, and an investigation.
Investigations are conducted by Animal Plant Health Inspection Service’s (APHIS’s) Investigative and Enforcement Services (IES) unit, which carries out enforcement activities and provides support to all APHIS programs. An investigation may result in a stipulation, suspension or revocation of license, or confiscation of animals. A stipulation is an agreement between APHIS and the violator, where the violator can pay a reduced penalty by giving up his right to a formal administrative hearing. APHIS’ Financial Management Division inMinneapolis is responsible for collecting the stipulations and monetary penalties.
Cases that warrant formal administrative action undergo Office of the General Counsel review for legal sufficiency prior to issuance of a formal administrative complaint before the U.S. Department of Agriculture’s (Department) administrative law judges. If the case is appealed, a final decision is made by the Department’s Judicial Officer. Formal actions may result in license suspensions or revocations, cease-and-desist orders, monetary penalties, or combinations of these penalties
Roger Caras, ASPCA's former executive director says, “These "dog farmers" sell over 20,000 puppies a year to wholesalers for an average $523 a pup, government records show. And it's making some of these quaint farmers quite rich. U.S. Department of Agriculture (USDA) documents show that one Amish dog farmer sold 1,293 puppies last year for an estimated $390,000 though federal inspectors have cited this farm for numerous violations since 2002 including overcrowded cages and inadequate sanitation, pest control, feeding and watering of animals. Then these sickly, genetic nightmares are delivered to the upscale pet shops. They give them a bath, blow dry them, fluff them up and pray they don't die before they're sold, often for $800 or more each.”
To view the USDA-APHIS Questions and Answers: Regulation of Dog/Cat Breeders and Brokers, click here: https://www.aphis.usda.gov/…/printab…/faq_animal_dealers.pdf
Puppy Mills Changed by 3 girls:
http://barkpost.com/third-graders-animals/
Cruelty of Puppy Mills:
http://www.tailsinc.com/2015/07/profiting-off-of-cruelty-arlington-heights-opts-out-of-the-cook-county-anti-puppy-mill-ban/
Puppy Mill Petition:
http://www.thepetitionsite.com/750/038/401/ask-indiana-for-lifetime-ban-on-puppy-mills-and-illegal-breeding-facilities/
NYC and Puppy Mill Dogs:
http://www.huffingtonpost.com/matt-bershadker/a-pivotal-law-for-nyc-pet_b_6369068.html
Utica Amish Puppy Mill Permits:  http://www.kttc.com/story/30893503/2016/01/05/six-amish-farmers-win-conditional-permits-for-dog-breeding-operations-near-utica#.Vo6XOEE1XNI.facebook
Ban Pet Stores from Selling Puppy Mill Dogs:  http://www.deseretnews.com/article/865638455/New-Salt-Lake-County-ordinance-mandates-pet-stores-sell-only-shelter-animals.html
Petland selling Puppy Mill Dogs:  http://www.nbcnews.com/id/27822309/ns/health-pet_health/t/investigation-ties-pet-chain-puppy-mills/
List of Jurisdictions Banning Retail Pet Sales:  http://bestfriends.org/resources/jurisdictions-retail-pet-sale-bans
PBS Documentary on Puppy Mills:  http://dogbydogdocumentary.com/ 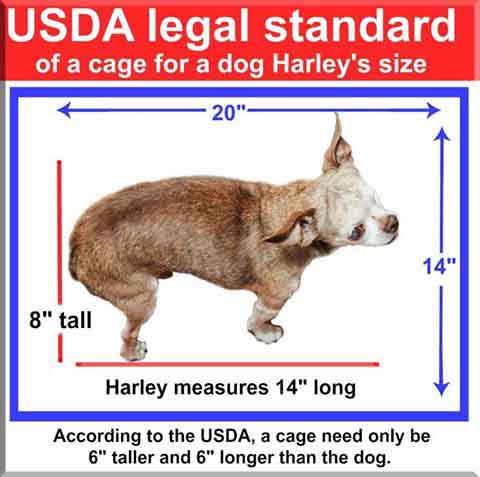 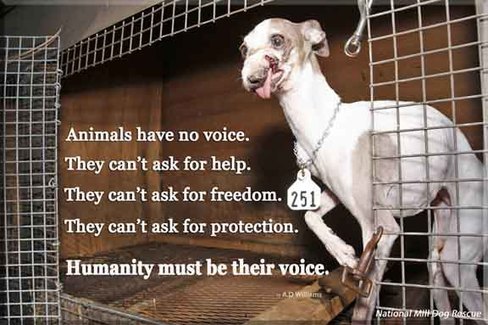 Fifteen years ago today, a tiny female Italian greyhound was born in a puppy mill. It was a day like any other in the mill … so many puppies born day after day to mothers who had spent their whole lives in cages. And just like those mothers (and countless fathers, too), the only time the puppy left the cage was to be put into a different one.
When she was old enough, the puppy became one of those mothers herself. She lived in a cage for 7 years. She produced countless puppies and endured numerous health challenges that were never addressed. She had no name, just a number. She didn’t matter to anyone other than the puppies to whom she gave birth … puppies which were ripped away from her time after time, often before they were ready, so they could be sold in pet stores.
Then one day, in 2007, she was put up for sale at auction. She would go to the highest bidder where, in a different cage in a different puppy mill, she would likely spend the rest of her life producing more puppies ... at least until she could no longer do so, at which point she'd be killed.
Except that’s when Theresa Strader met the skinny, frightened dog known only as No. 251. Theresa was horrified by the condition of the sweet but clearly terrified little dog who was cowering in the back of her cage at the auction. She vowed to No. 251 that she would get her out of there … and that she would never stop saving dogs like her. And so it was that No. 251 was freed from life in a cage and received a beautiful name … Lily … and National Mill Dog Rescue was born.
Lily was soon basking in the love, warmth and companionship of the adoring Strader family. She received the best care possible and lacked for nothing. Sadly, though, she could not overcome the toll on her body from seven years in the mill with improper care, and her time with them was all too short. In May 2008, Lily died peacefully at home in the arms of her loving dad and with her family gathered around.
But today, we celebrate Lily’s LIFE … her birthday … because she would become the catalyst for change, awareness, and life-saving efforts that have since resulted in more than 10,000 dogs knowing freedom from the cage.
HAPPY BIRTHDAY, LILY! Your legacy lives on; your life had meaning beyond anything you – or we – could have ever imagined!
Read more about Lily's story and how she became the inspiration for National Mill Dog Rescue here: http://milldogrescue.org/about-us/
​"There needs to be a smaller set limit on Breading bitches allowed, not to be bred until after her second heat and medically and socially sound. Same for male, medically and socially sound not to be bred before his first year." 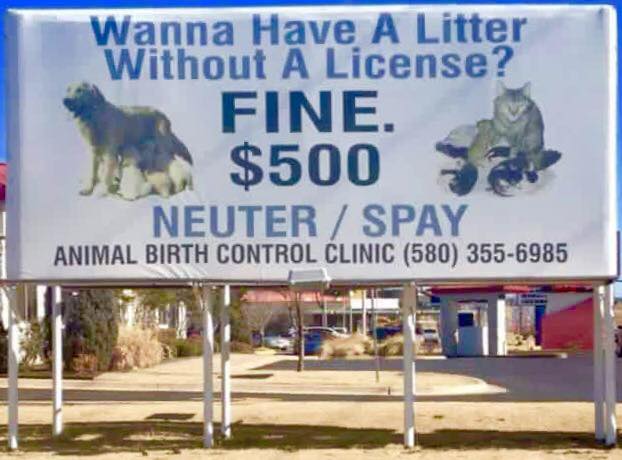